The project Palatine Anthology (PA), coordinated by the CRCEN in collaboration with Elsa Bouchard, brings together several actors from different disciplines and spaces. The project is centred around the design of a collaborative digital edition of the Palatine Anthology. The PA is a collection of Greek epigrams, whose source dates back to the Hellenistic period (323-30 BC). The Anthology has since had a major influence on literature, from the Renaissance to today. The editions published today (the Loeb edition of 1916 or the Belles Lettres editions of 1927) is actually the product of additions, lost compilations (by Constantine Cephalas, Meleager, Agathias and many others), thus remodeling the original structure over the course of sixteen centuries of history (from the sixth century BC to the tenth century AD).

The project of this edition is thus based on four considerations responding to the source corpus:

The project revolves around creating an edition that takes into account these four considerations while still managing to retranscribe anthological intertextuality. It is thereby based on a number of standards of digital scholarly publishing, but also on the principle of a collaborative edition.

The project plays out between several spaces: 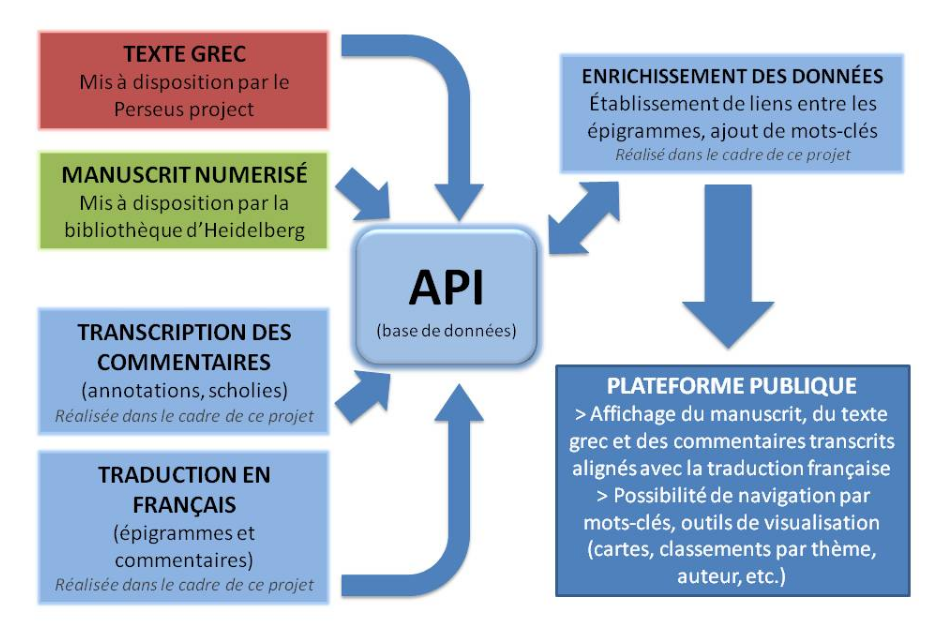 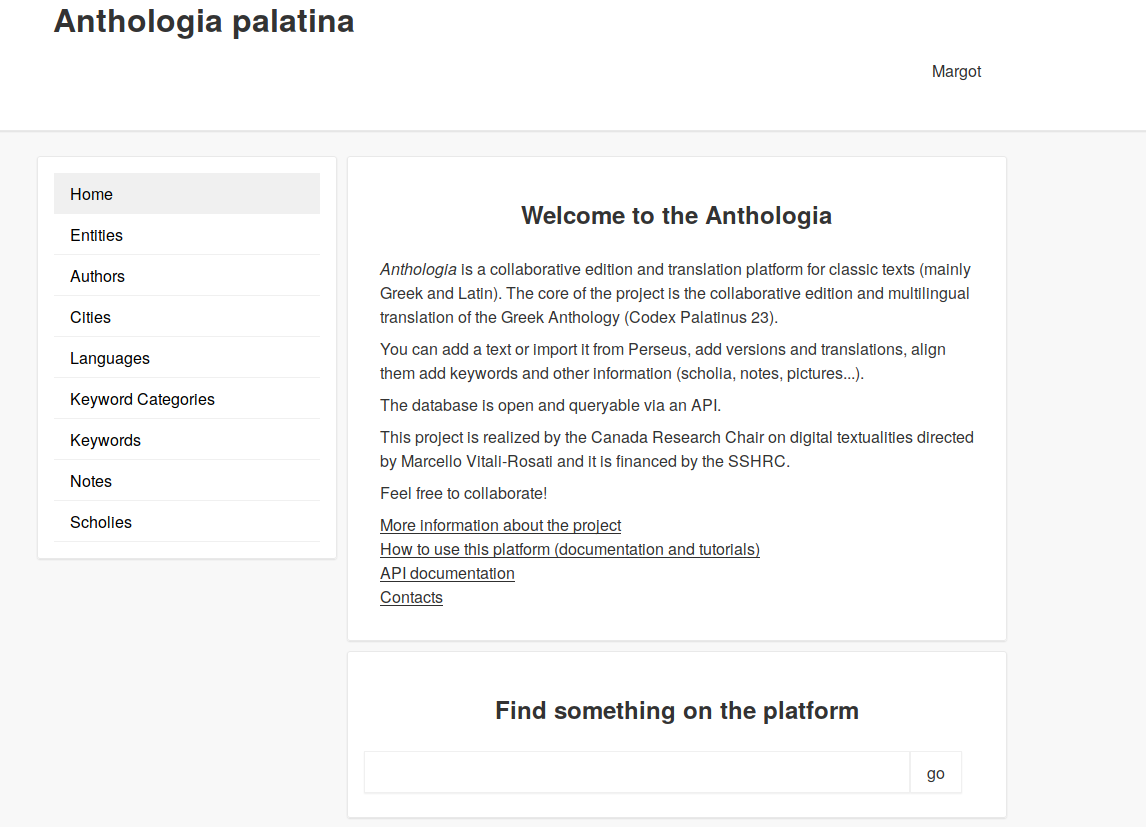 Three criteria are essential for the project’s success: